New Superintendents in the OESD Region Launch the 2016-2017 School Year! 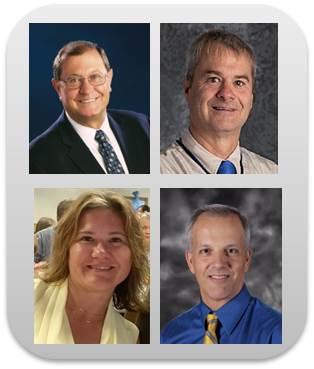 NEW SUPERINTENDENTS IN THE OESD REGION LAUNCH THE 2016-2017 SCHOOL YEAR!

Mr. Brandsma states, “I am so excited to be able to support South Kitsap School District with the positive work they are doing.”

After conducting a search, the Crescent School Board hired Mr. David Bingham as the new Crescent School District superintendent/principal as former Superintendent Clayton Mork retired on June 30, 2016.  Mr. Bingham has been with the Crescent School District since 1984 where he has served as a para-educator, high school social studies teacher, boys’ basketball and track coach, district athletic director and associate principal.  He received his principal certification and became the program administrator of the Olympic Peninsula HomeConnection in 2006. Mr. Bingham received his Bachelor of Arts from Linfield College in Oregon and his Master of Sports Science from the United States Sports Academy in Alabama.

“Mr. Bingham looks forward to continuing his educational career as superintendent of the Crescent School District and plans to continue building on the foundation that has been created over the past few years.” noted the district newsletter, Crescent Logger News.

New Cape Flattery Superintendent Michelle Parkin is a lifelong resident of Neah Bay and has worked for several years at both the Clallam Bay and Neah Bay campuses.  She replaces former Superintendent Kandy Ritter as she retired on June 30, 2016.  Ms. Parkin is a graduate of the University of Washington and began her work for Cape Flattery School District as a Supervisor of the Washington State AmeriCorps/ReadingCorps program.

She earned a Master’s in Teaching and has worked with students of all ages.  Michelle states, “It is pertinent that there is an on-going, positive connection between our families and schools because it takes the supportive influence of all of us to raise our children.”  Michelle earned her next degree, a Masters in Administrative Leadership, after teaching for several years, which offered the opportunity to work directly with the Makah Tribal Council to establish educational goals that aligned academic efforts of community wide sectors.

Port Townsend School District’s new Superintendent Dr. John Polm replaces former Superintendent David Engle as he retired on June 30, 2016.  As the former Principal of Bremerton High School for the past six years, Dr. Polm notes, “One of my highest priorities is to build cohesion among the faculty, staff, and community around Port Townsend’s place-based learning commitment. I am eager to work with our maritime partners to continue to develop the Maritime Discovery School initiative and to bring the best possible programs to enhance the student experience in Port Townsend School District.”

Prior to his leadership role in Bremerton, WA, he served as a district administrator and coach at Chewelah High School in Chewelah, WA, near Spokane.