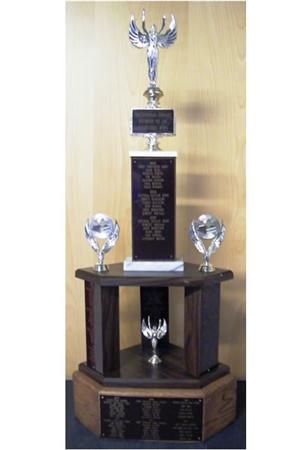 Knowledge Bowl competitions have wrapped up for the 2013-2014 school year and the winners are advancing to the state competition during the next month.  Knowledge Bowl, a regional competition, pits school teams against each other in a challenge of academics.  Question topics can range from literature to science to popular media.

This interdisciplinary academic competition allows high schools the opportunity to send students to regional tournaments, state tournaments and invitational events.  An extracurricular activity where at some schools students have the opportunity to letter, at others it is considered an ASB sanctioned club.  In the Olympic ESD region, three competitions are held over the course of a school year at Fort Worden State Park.  The first is a practice competition in December, the second competition is for divisional Summit Awards in January and at the third competition in February, teams compete for spots at the state tournament.The winners of the 2013-2014 Olympic ESD 114 Summit Awards were:

This year’s state Knowledge Bowl tournament is being held Saturday, March 22, 2014 at Arlington High School in Arlington, Washington. Congratulations to the following teams advancing to the state tournament: